So, I’m still fighting cervical spine issues, which is a real drag. Hopefully, now that the holiday break is over and I’m back at the physio playing Traction Princess, I’ll be back to full speed by the end of the week.

In the meantime, I’m being careful. Playing catch-up with some things that don’t involve me writhing in pain. And watching a disaster flick here and there – my guilty pleasure! Which leads me to something that was in a film I caught on the SyFy channel yesterday. Truly, it was bad. So bad I’m not going to name it, because I don’t want to be mean. Only I have to share this priceless bit of dialogue, because I honestly think it’s the worst -and funniest – I’ve met in a long, long time.

‘This is beyond an extinction-level event! It’s the end of the world!’

Words fail me. Mainly because I’m still laughing myself sick.

What are some great bad lines you recall from the movies?

So, I bought some fridge magnets while I was away. They’re a quick, smile worthy reminder of where I’ve been, the things I’ve seen and done on my travels. Some are directly writing-related, like the Tudor portraits or the Viking ship or the picture of Guedelon. Others are entirely frivolous — and of all the frivolous I’ve collected, this one is my current favourite. 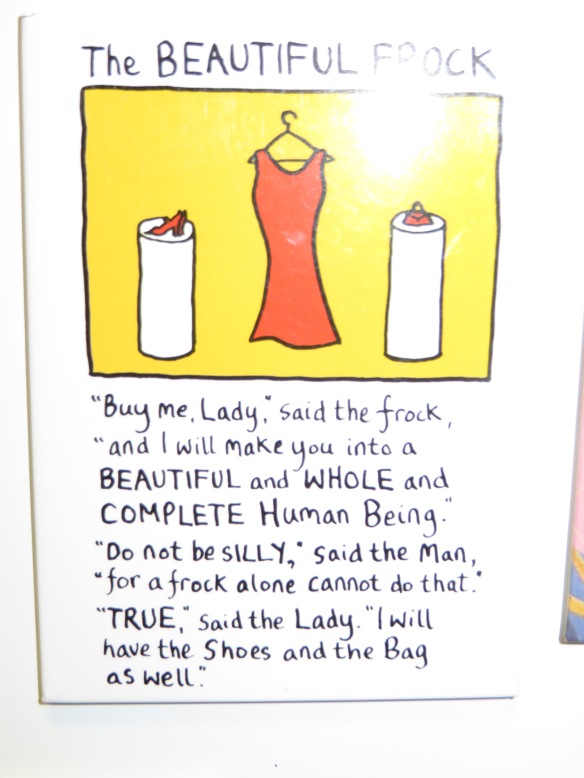 So there’s been a bit of  stir around teh internetz, with some women declaring their non-interest in feminism, for various reasons. But now I’ve come across a site that’s much more important: Cats Against Feminism.